Blue Carbon in Seaweed? Notes from the Lab

It has not been until recently that seaweeds, also known as macroalgae, are getting greater consideration as a substantial source of blue carbon. They have been previously overlooked because they grow on hard surfaces, and therefore don’t facilitate the accretion of carbon within their habitat, like accreting coastal ecosystems such as mangroves, seagrass meadows, and tidal marshes.

However, seaweeds may be significant carbon donors to blue carbon stocks due to their large aboveground biomass and ability to be transported. Numerous studies suggest through indirect evidence that macroalgae biomass is exported to other coastal ecosystems, even the deep-sea floor, and buried in the sediment for millennial timescales.

To investigate this phenomenon, PhD student Erlania is running a series of mesocosm experiments on seaweeds. Her research is exploring the use of two biomarkers: (1) eDNA (environmental DNA) that can identify taxon-specific sources of organic carbon, and (2) fatty acids coupled with carbon stable isotopes biomarkers that may be more powerful in detecting carbon sources, particularly from highly degraded tissues in the marine sediment.

By using a combination of these biomarkers, she hopes to be able to identify seaweed-based sources of carbon within marine sediments, and provide estimates of the contribution of seaweeds to carbon sequestration. Watch this space as she continues this research! 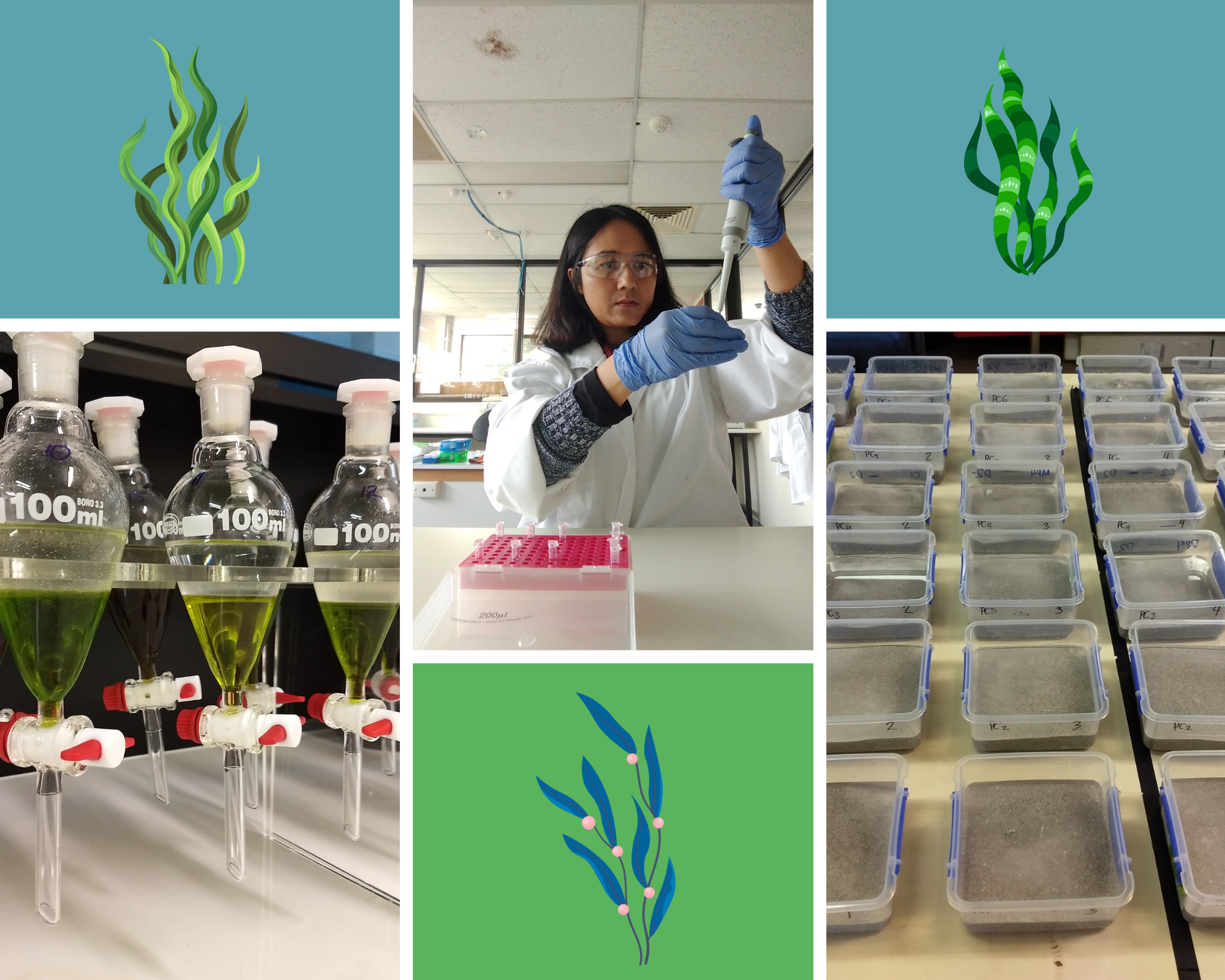