Twenty new participants joined the GeelongPort #BlueCarbonArmy at the former Avalon saltworks (northeast of Corio Bay) to sample saltmarsh communities that are naturally recovering due to the collapse of tidal barriers.

The Avalon region used to have healthy saltmarsh communities. However, in the 1950’s the area was transformed with the installation of barriers to restrict tidal flows and the construction of shallow evaporative salt ponds. Although salt production ceased in the early 2000s and the site has been listed as a conservation reserve, most of the substrate remains bare.

Fortunately, as time passed some of the barriers collapsed allowing the return of tidal flow to some areas. As can be seen from aerial images between 2012 to 2022 the saltmarsh community has been fast to bounce back.

Citizen scientists from GeelongPort helped researchers survey the saltmarsh vegetation and collect soil samples. This information will be used to measure carbon additionality (in the plant biomass and soil) at the site due to the arrival of the saltmarsh species and employed to predict the carbon gains from on-ground restoration actions to rehabilitate the entire Avalon Coastal complex.

Saltmarsh ecosystems, similar to mangrove forests and seagrass meadows, have the capacity to serve as natural carbon sinks (and thus, help mitigate climate change) by sequestering carbon and storing it in the sediments for millennial time scales. 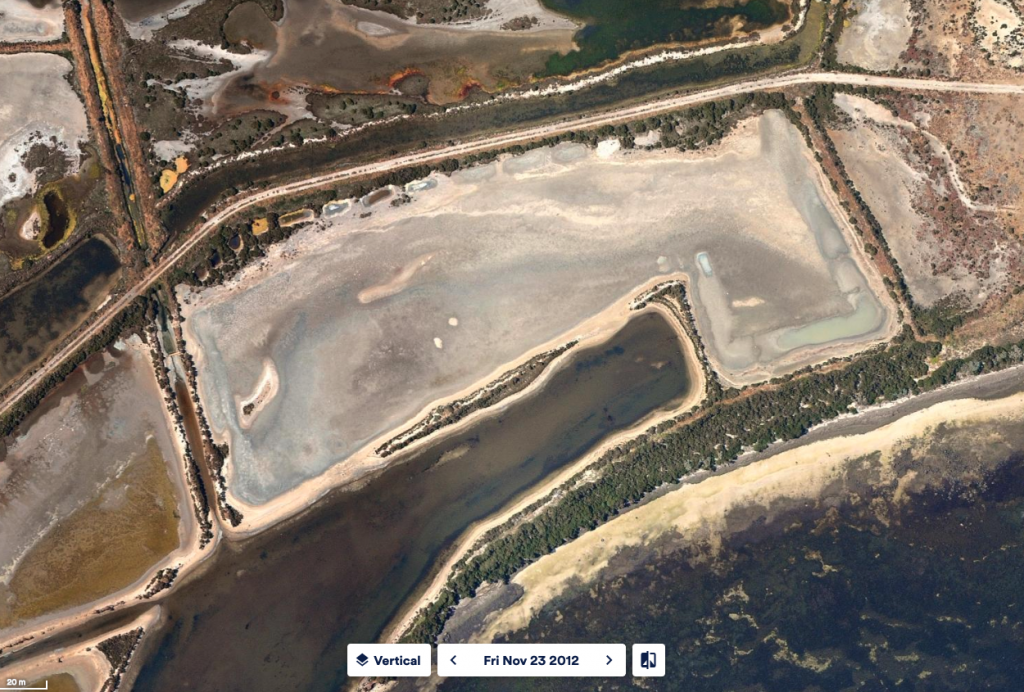 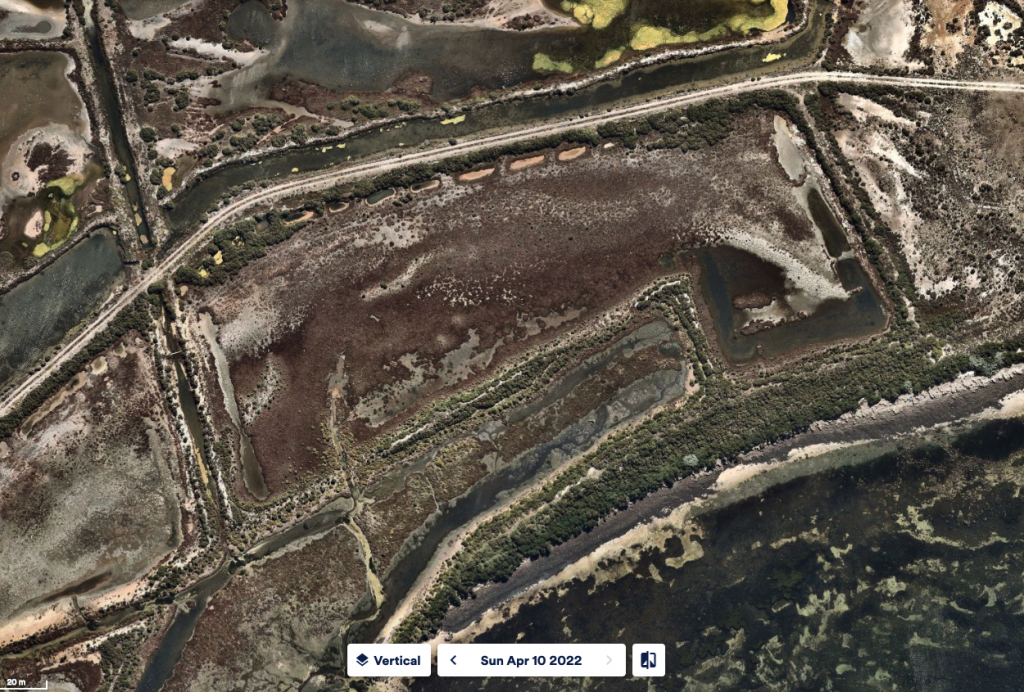 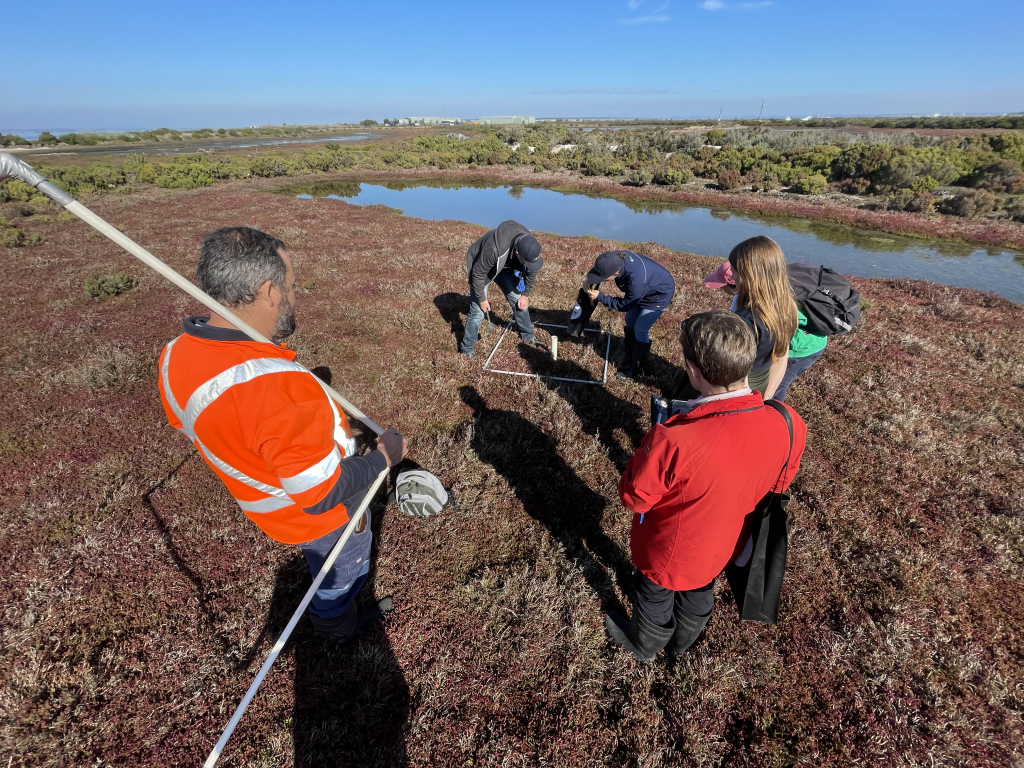 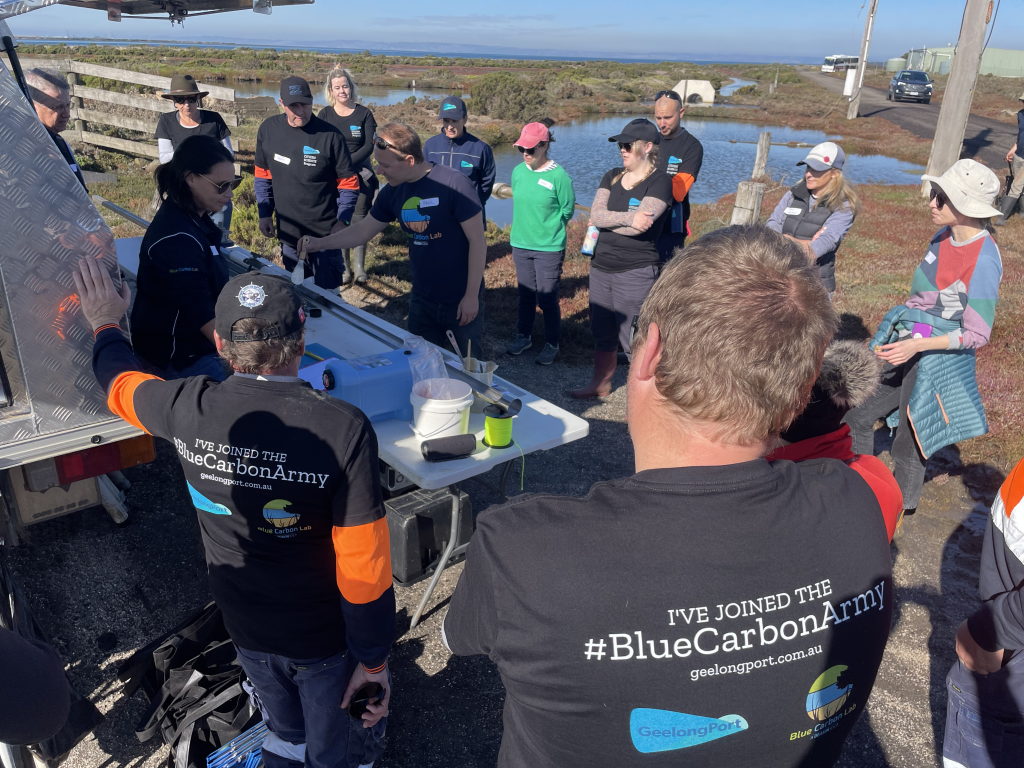 Read more about the program
No tags.