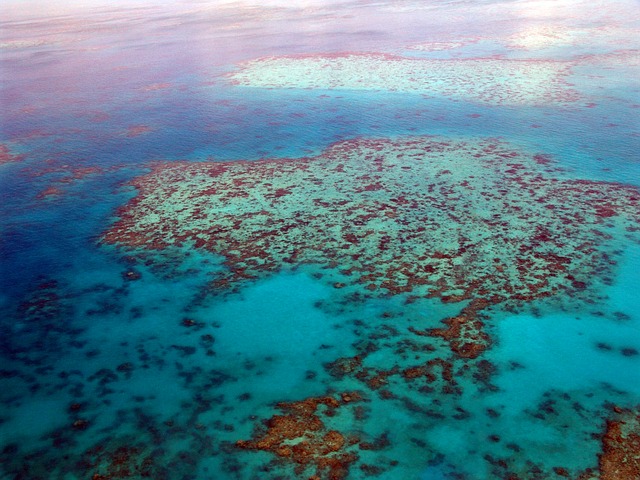 Deakin University’s Blue Carbon Lab is continuing its relationship with HSBC, with confirmation of funding for a new project.

The two-year partnership will enable Deakin scientists to expand the program ‘Queensland Blue’ and conduct a feasibility assessment of sites within Great Barrier Reef catchments to identify pilot blue carbon projects which can be prioritised for restoration and generation of Australian Carbon Credit Units (ACCUs). The partnership has the support of carbon project developer WeAct and the Great Barrier Reef Foundation.

The new project aims to accelerate an active blue carbon market in Australia as part of HSBC’s broader support for nature-based solutions which can help drive the transition to a low carbon economy.

Director of the Blue Carbon Lab, Dr Peter Macreadie said:
“Previously, we mapped blue carbon opportunities at the scale of the whole Great Barrier Reef catchments. In this project, we will delve into questions such as, how amenable are landholders to blue carbon projects and what price would need to be charged per ACCU to make blue carbon projects cost-effective.”

The project follows an existing collaboration between the Blue Carbon Lab and HSBC that aims to build a better understanding of the potential for blue carbon additionality in Australia and how different conditions can impact sequestration rates, as well as climate change mitigation outcomes.
In Australia, HSBC has supported research initiatives like the ‘Mapping Ocean Wealth program’ and the ‘HSBC Citizen Science program’ specifically focused on exploring the value of coastal wetlands and their capacity to serve as carbon sinks.

According to HSBC Australia’s Head of Corporate Sustainability, Alpa Bhattacharjee, the ultimate aim of this program is to increase the supply of projects eligible to generate Australian Carbon Credit Units (ACCUs) under the blue carbon methodology announced by the Clean Energy Regulator in January this year.

The partnership aligns with their global commitment to accelerate the transition to a net zero economy, which includes a focus on nature-based climate solutions, such as blue carbon.

“Blue carbon has become front-of-mind for decision makers grappling with the best ways to meet the goals of the Paris Agreement. However, practical issues prevent the development of a full-scale market, and our aim is to help overcome those barriers by creating financial mechanisms that can be replicated elsewhere in the world.”

This press release has been prepared by Deakin Media.