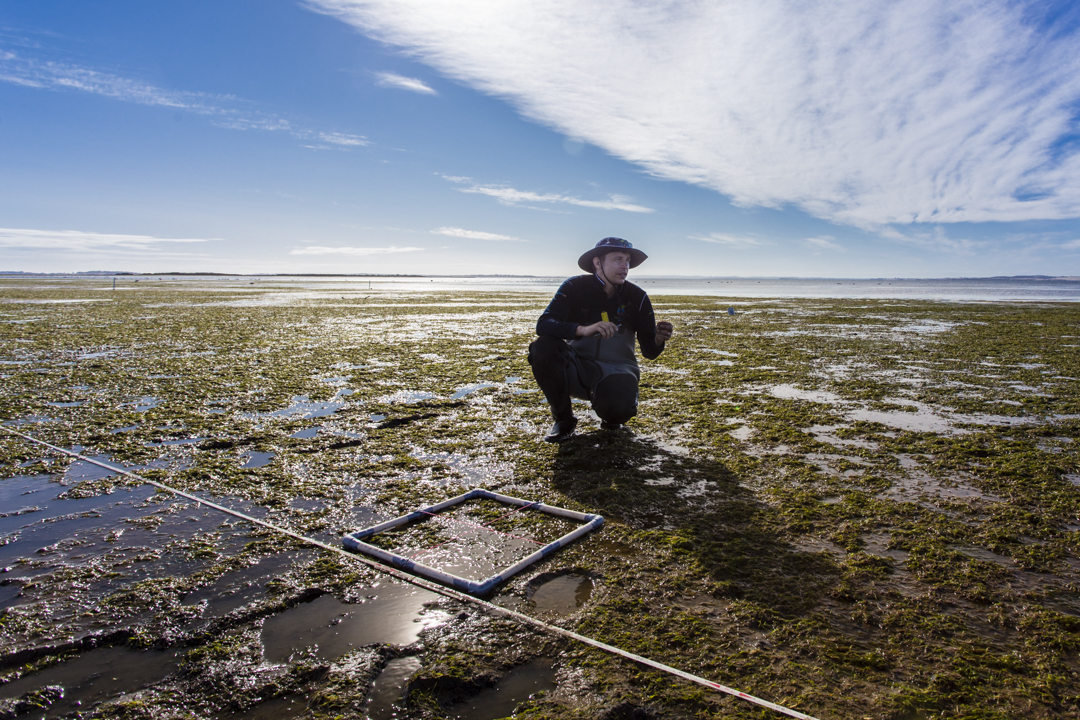 Photosynthetically Active Radiation (PAR) reaches Earth 8 minutes and 20 seconds after leaving the Sun’s photosphere and turns into energy flux that is necessary for all living creatures.

PAR is being intercepted by photosynthesising organisms, like seagrasses, that turn the energy into organic biomass – seagrasses are a group of >70 species of marine flowering plants that form essential coastal habitats (to a depth of sufficient PAR).

Once the energy flux is turned into edible organic matter it is “up for grabs” within abundant and diverse seagrass food webs. Understanding factors that drive the flow of energy within the seagrass ecosystem still remains the key frontier in marine science.

The Global Segrass Survey is a global initiative to characterize the rich flora and fauna of seagrass beds around the world.  Data will be used to construct simple food webs, estimate energy fluxes among trophic levels, and associate these with abiotic and biotic drivers, especially biodiversity.

During the morning high tide, scientists conducted fish visual surveys along three transects, collected epifauna and measured water physical parameters. As the tide went down, they walked onto the soft seagrass meadows to quantify shoot density within 50x50cm quadrats and collect plant biomass and soil cores.

Seagrasses dominated the base level of the food web (primary producers) with small cyanobacteria blooms appearing here and there. Higher up the web, we found lots of crabs, molluscs, toadfishes, gobies and more than 30 black swans!  Not too many apex predators were present onsite, but we did record a beautiful Southern fiddler ray. 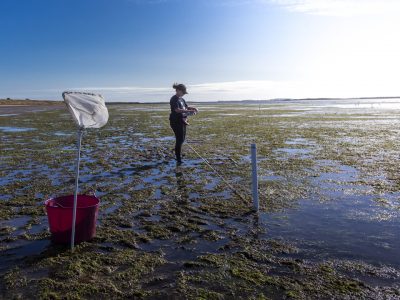 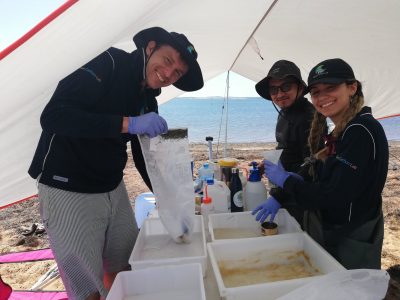 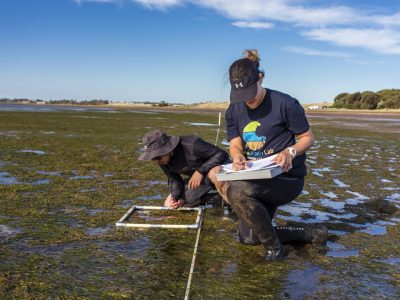