Gippsland children and their parents joined us in the local saltmarsh to learn about blue carbon, bugs, and cultural heritage.

The tiniest members of our #BlueCarbonArmy met scientists from Deakin’s Blue Carbon Lab at Hollands Landing (Gippsland) to learn about saltmarsh vegetation and its ability to fight climate change.

Kids collected superficial soil cores using big syringes and identified the different saltmarsh species at the site. This information is being used to estimate all the carbon trapped within the plants and soil in this ecosystem. As part of the TeaCompositionH2O global program, kids also helped deploy red and household tea bags in an experiment to monitor the ability of the saltmarsh to trap organic carbon.

Additional to Blue Carbon science, kids had the opportunity to learn about wetland bugs with the team from BugBlitz. Using nets and water samples, the kids captured lots of tiny flying and crawling insects and identified them under the microscope. Children got to learn about damselflies, spiders, and scorpions.

There was also space for cultural heritage! Aunty Electra from the Gunaikurnai people taught the kids how to throw boomerangs and showed them the meaning of many Aboriginal symbols. 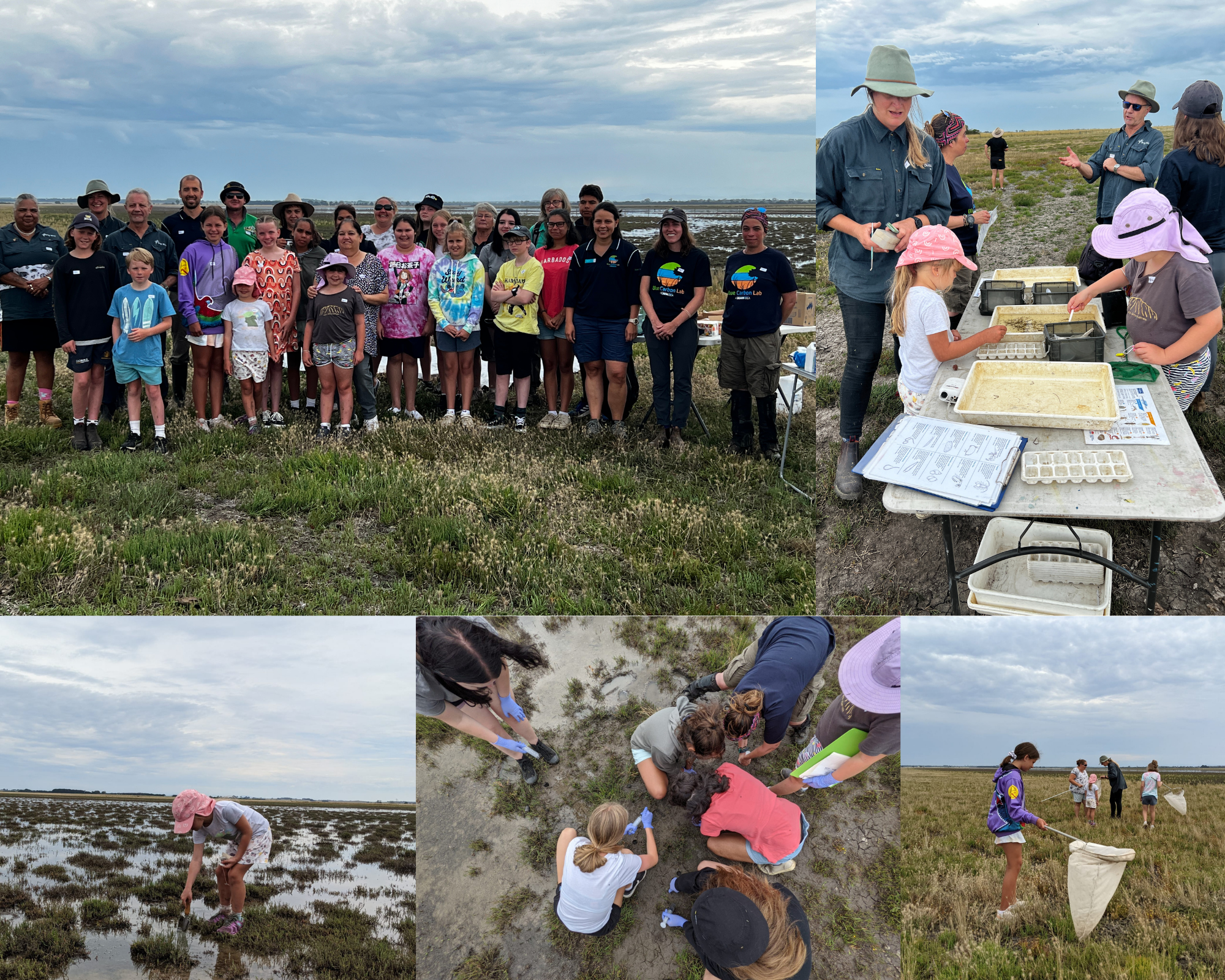 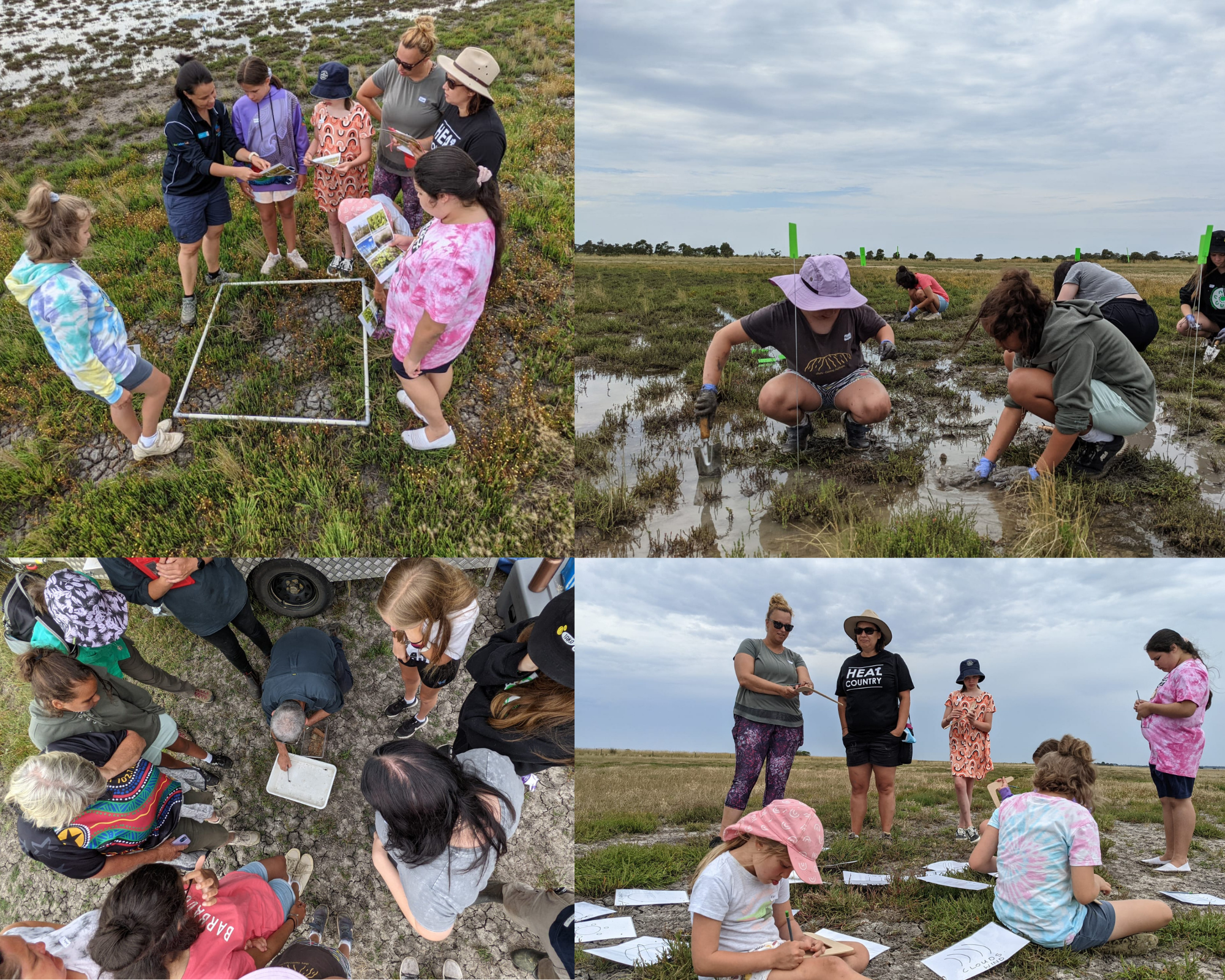 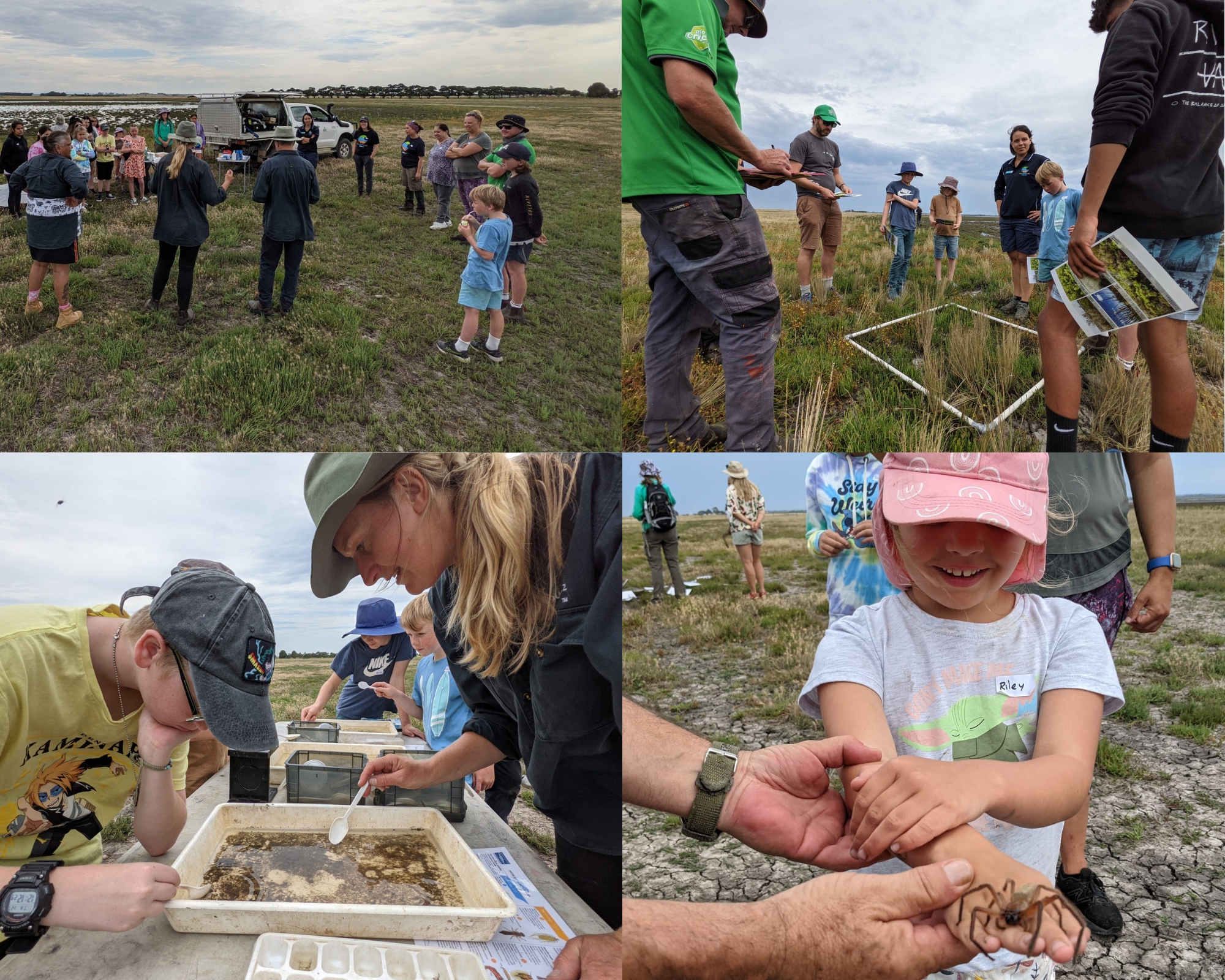