The 1889 permanent opening of the Gippsland lakes to the ocean, has led to a wave of long-term changes in the region. One of the most worrying, being the increasing salinity of the lakes and the subsequent flooding of saline water into pastures and the resulting arrival of saltmarsh vegetation.

The expansion of saltmarsh throughout the region has mostly been regarded as a nuisance by local landholders, who have watched freshwater ecosystems on their property transform into that of a brackish water ecosystem. This citizen science program aimed to highlight that saltmarsh itself can be the key to climate change mitigation and adaptation throughout the Gippsland.

The citizen science day began with a suite of educational talks on the role of tidal marshes as carbon sinks and their importance as a natural climate solution. During this session participants also got an overview of the carbon market opportunities of coastal restoration offered by Australia’s new Blue Carbon methodology.

Participants then travelled to Hollands Landing where they got to evidence the dramatic transformation of pasture paddocks into saltmarsh plains. On site, they supported Blue Carbon Lab’s scientists in the collection of blue carbon measurements. Some of the protocols included vegetation surveys, soil core collection, extruding and processing, measurement of greenhouse fluxes, and surface elevation.

Welcome to Country was delivered by Grattan Mullet from the Gunaikurnai people (GLaWAC), who also discussed the importance of Traditional Owners knowledge when caring for land and sea Country. This citizen science event was funded by DELWP’s Community Climate Change Adaptation grants (3CA). 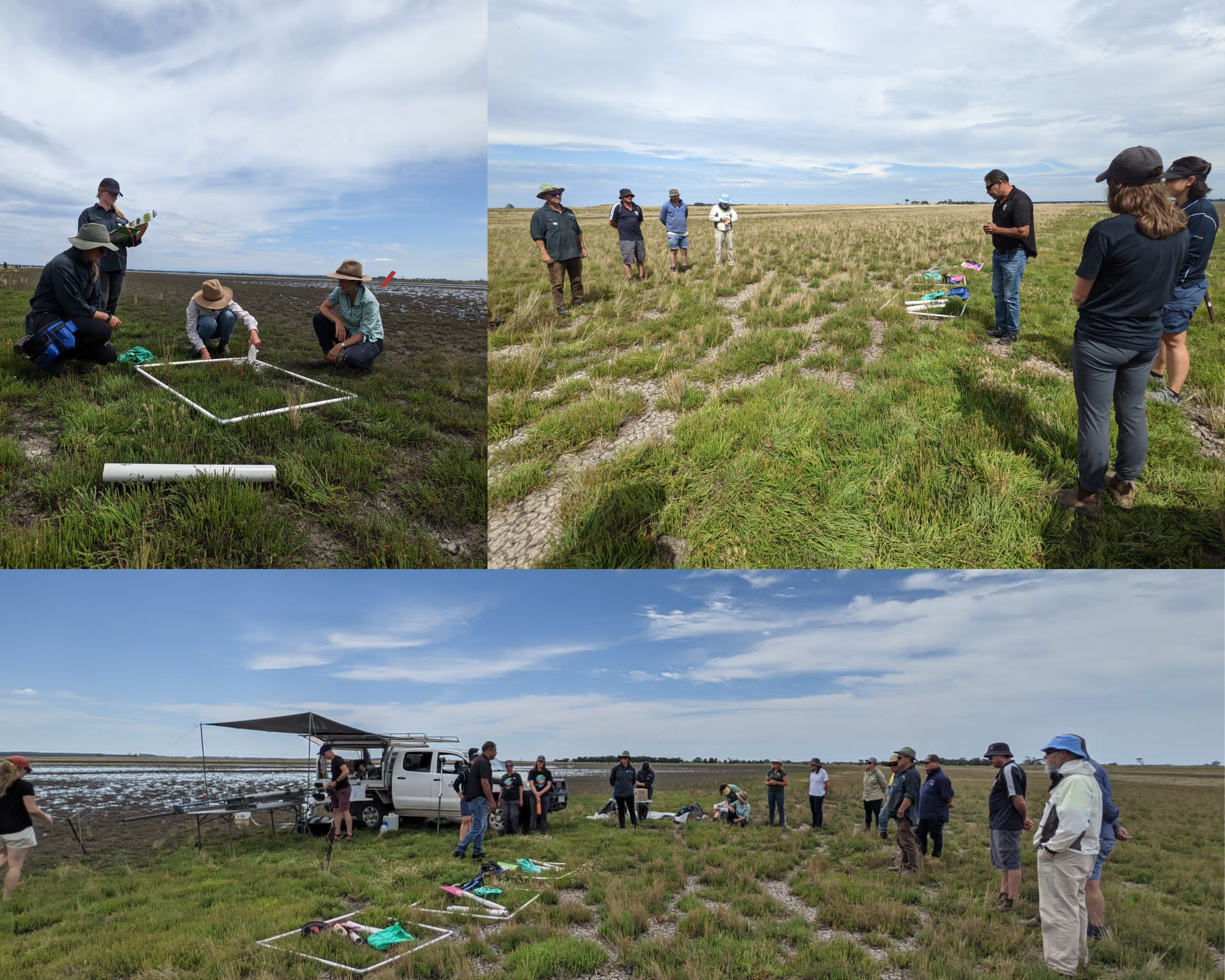 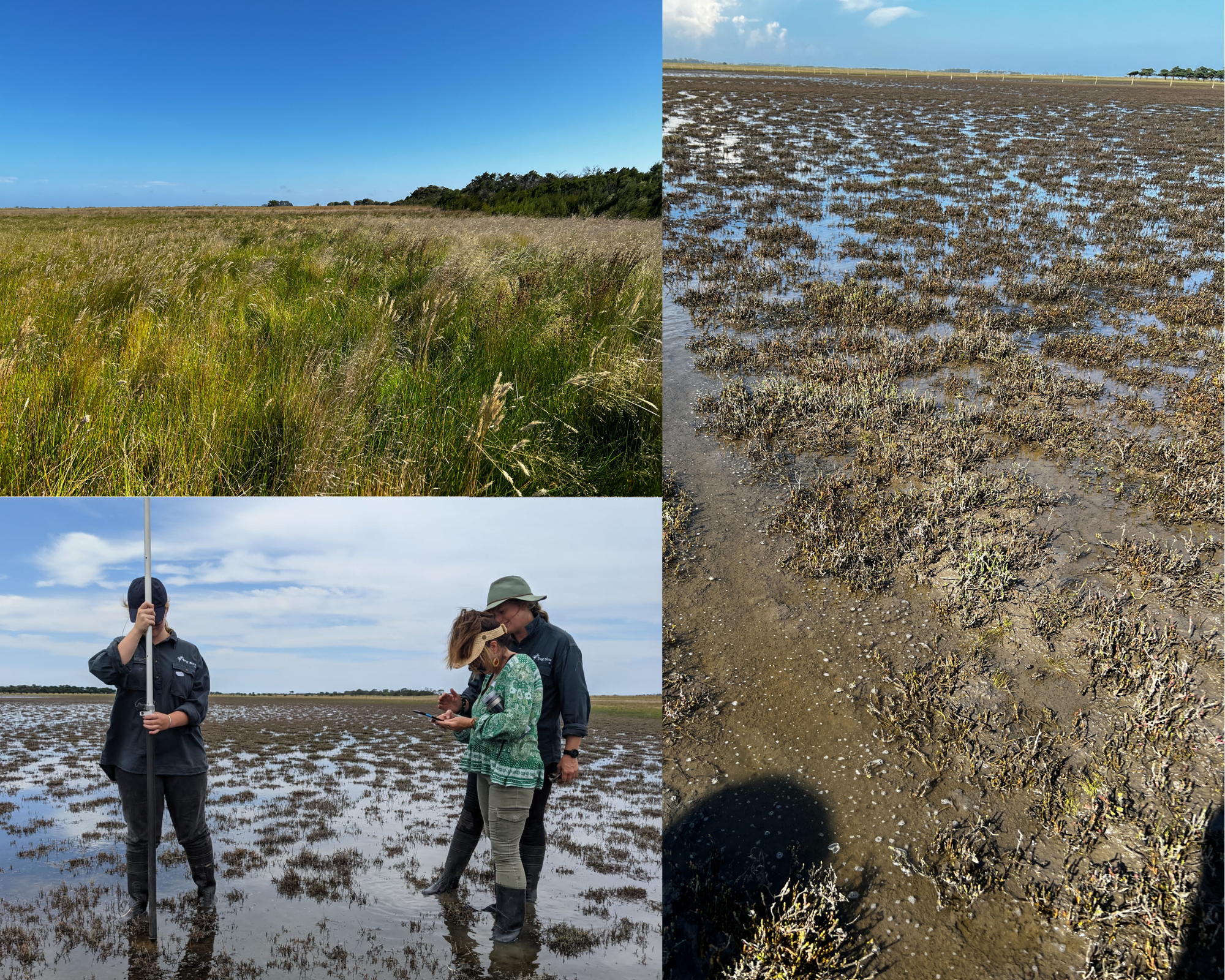