In 2019 we sampled a freshwater pond at one of our Victorian Coastal Wetland Restoration sites and found large amounts of methane being released. We wanted to know more about how the gas was being released, so we used two different greenhouse gas sampling techniques to capture and measure the gas. We will use this data to inform the restoration potential of transforming these retired sewage ponds back into healthy saltmarsh to increase biodiversity and carbon sequestration.

Gas from these ponds can be released via three processes, (1) ebullition, (2) diffusion, and (3) plant mediation. Ebullition is a sudden and sporadic release of gas which was built up in the sediment, while diffusion is a more passive process where the difference of the chemical potential of the gas in water and air leads to diffusion across the air/water interface. Plants can also mediate transport by taking gas up from the sediment and releasing it into the water column. For this project we focused on the first two types of gas transport, ebullition and diffusion, occurring in this freshwater pond.

We got quite a few stares at Bunnings, Uni and out in the field,  but boogie boards, funnels, and syringes make great gas traps!

By measuring both ebullition (via our boogie board gas traps) and diffusive (via our floating chamber) gas fluxes in this freshwater pond, we are able to gain a better insight into not only the amount of greenhouse gases these ponds are releasing, but also how.

Because temperature and pressure have a large effect on gas being released, the team plans to continue sampling throughout the year for short periods of time in the autumn, winter, and spring. Check back in July to see how winter sampling goes – the #EbullitionMission continues! 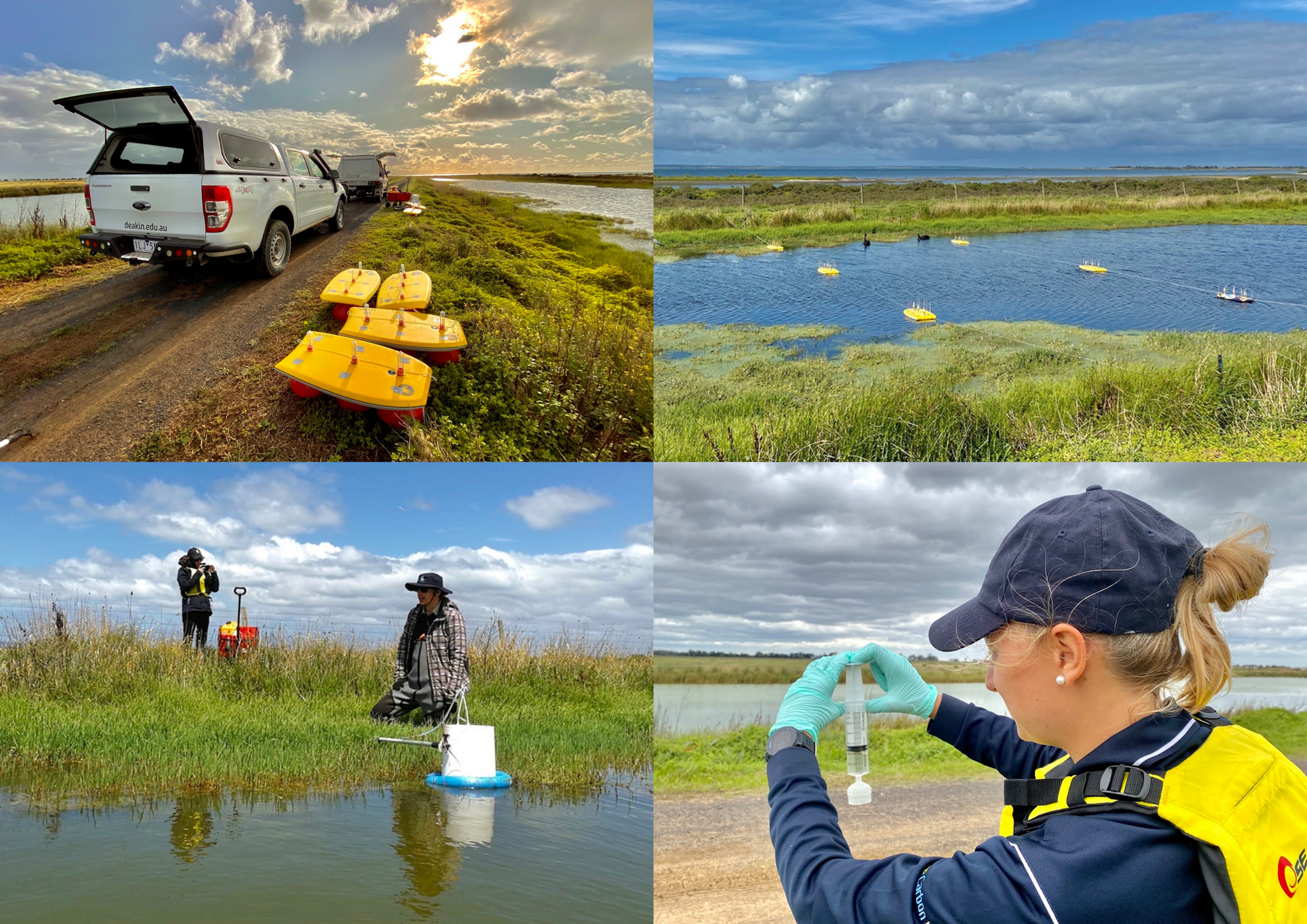