The Blue Carbon Lab, with the help of local consultants, is working with the Seychelles Ministry of Environment, Energy and Climate Change (MEECC) to derive the first estimate of mangrove blue carbon in Seychelles. This archipelagic nation is home to incredible biodiversity, particularly in its coral reefs and coastal wetlands, and mangroves are widely distributed across the islands. Mangrove forests face extreme threats from warming oceans, pollution, habitat destruction and human exploitation worldwide, and there is a real danger they could be completely destroyed within the next century without continued conservation efforts. 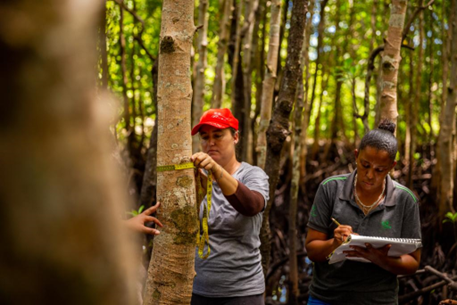 With an estimated 29 km2 of mangrove forests in a country with a land area of 452 km2 across numerous islands, over 6% of the landmass of Seychelles is made up of mangroves. For the first time ever, the carbon stored in these ecosystems is being quantified, further exemplifying their value and emphasizing the need for their conservation and restoration. These estimates will also be used to support Seychelles Nationally Determined Contributions for the United Nations Framework Convention on Climate Change (UNFCCC). 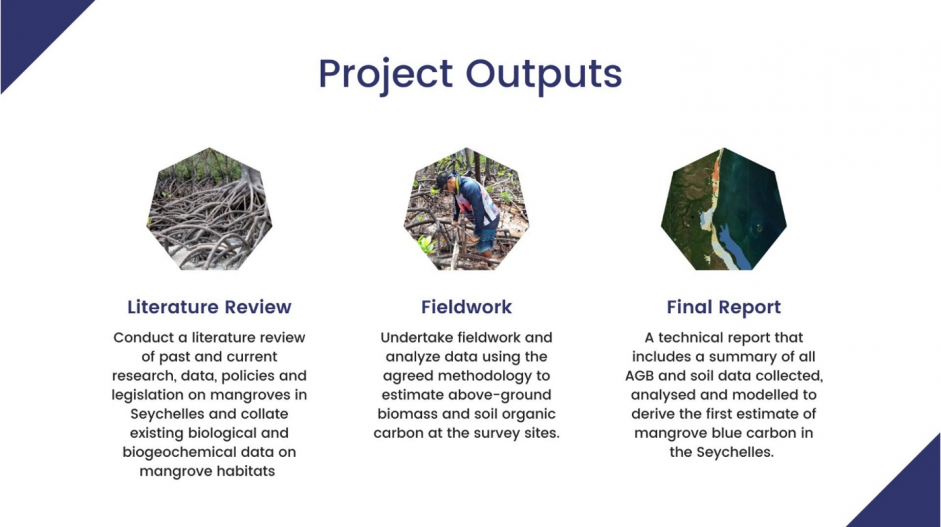 The outputs of this project include the results of extensive fieldwork carried out across the Seychelles. Researchers identified 17 different sites within representative mangrove habitats on both the inner and outer islands for the sampling of above-ground biomass and soil organic carbon. This included the extensive mangrove systems of the World Heritage Site of Aldabra Atoll. 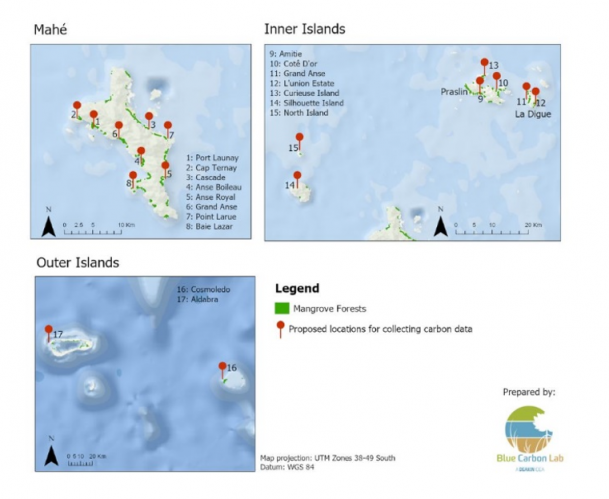 The fieldwork at these sites took over 50 days and included recording data on the above ground biomass of mangroves including size, species and density of live mangrove trees, counting and categorising dead mangroves and counting mangrove seedlings. In addition, up to 1-metre-deep soil cores were collected at each site. 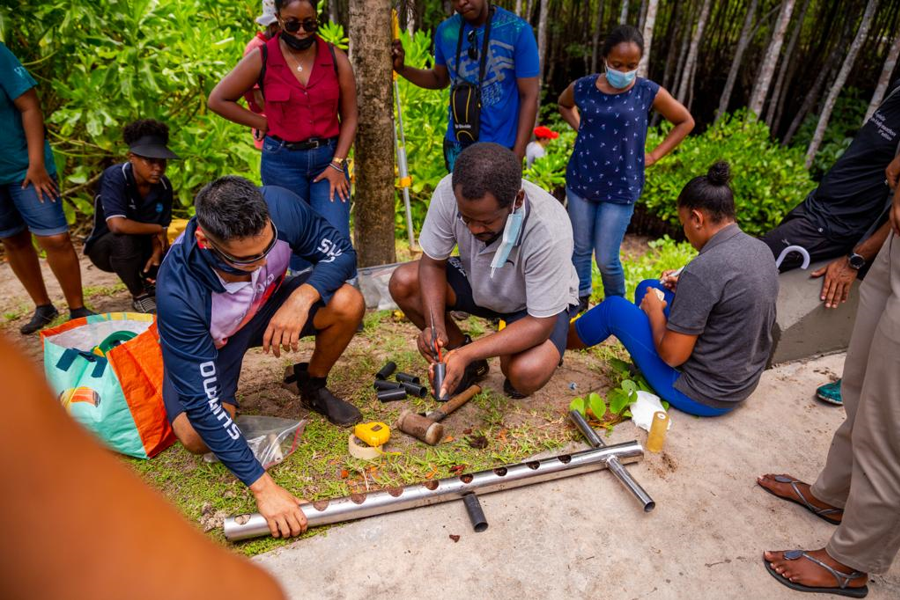 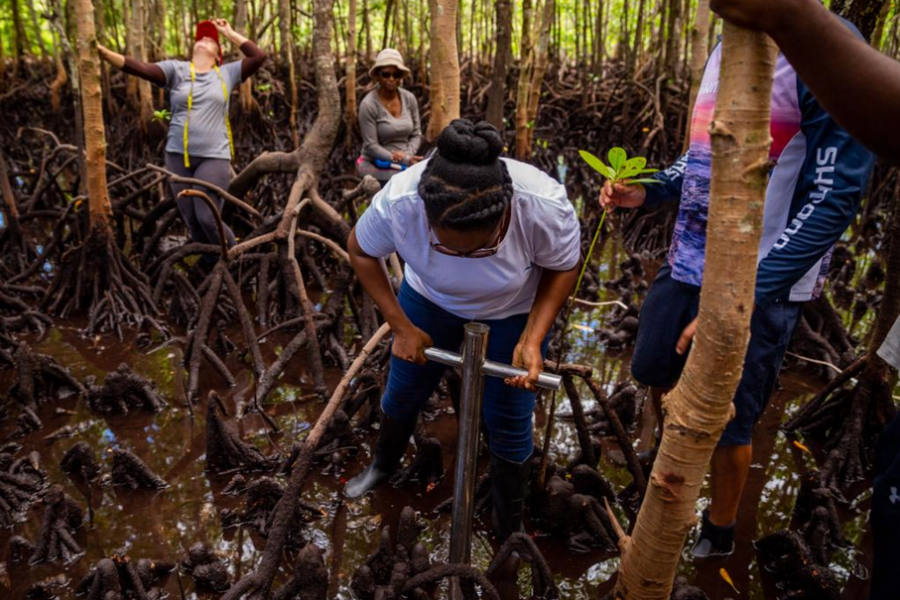 Back at the SAA laboratory, Dr. Barry Nourice sliced these cores into sections and analysed the carbon content via Loss on Ignition (LOI). The soil samples were burned at two different temperatures in a muffled furnace to determine organic and inorganic carbon content. A calibration curve was created using soil samples that were analysed for LOI and CN to convert LOI (organic matter) to carbon content (% carbon).

The results will be presented in a final report, which will include an estimate for the potential total carbon stocks in mangroves. Total aboveground carbon stocks will be estimated through species-specific allometric equations identified during the literature review. Total soil organic carbon will be determined through spatial analysis and modelling, which is currently underway. This report will include maps displaying the distribution of carbon stocks stored in Seychelles’ mangrove forests.

This project is funded through the Third South West Indian Ocean Fisheries Governance and Shared Growth Project (SWIOFish3), which is part of a broader World Bank programme. 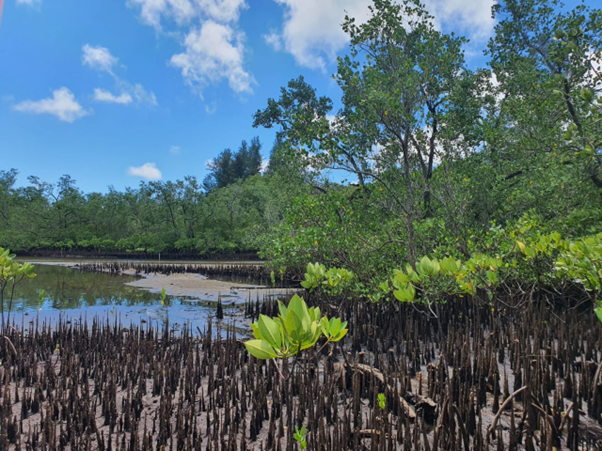