Mangrove ecosystems have the ability to capture atmospheric carbon dioxide and help us fight climate change. In big cities where carbon emissions reach peak levels, there is growing interest to use mangrove systems to offset much of the emissions. Here, we were set to quantify how much Blue Carbon can be accumulated in urban areas thanks to the planting and spread of mangrove forests.

Data collection took place at Stony Creek – a 7 hectare pocket of mangrove forest underneath the West Gate Bridge, Melbourne. Mangroves were planted in 1986 and since then, have been expanding despite the industrial pressures in the surrounding area.

Citizen Scientists helped us take measures of Blue Carbon by surveying the above-ground biomass of mangroves trees in 5m x 5m plots and collecting deep soil cores (1 m deep) to be analysed for below-ground carbon stocks and carbon accretion rates. In Blue Carbon systems, such as mangroves, up to 80%  of the atmospheric carbon trapped is stored in the soil.

Data collection on the site was particularly challenging due to the high tree density. Mangrove plots included more than 80 trees, which had to ALL be measured. Participants quickly learned to quantify canopy size, height, stem diameter, and root density (pneumatophores) and

All of the soil cores collected were extruded on site, giving participants the opportunity to examine the different sediment layers on the cores. Old, deep layers had a black-oily look (indicating the pollution in the area decades ago), while those closer to the surface had healthy-brown layers deposited since the establishment of  of the mangroves.

Many thanks to all the new members of the #BlueCarbonArmy who helped collect data on this day! 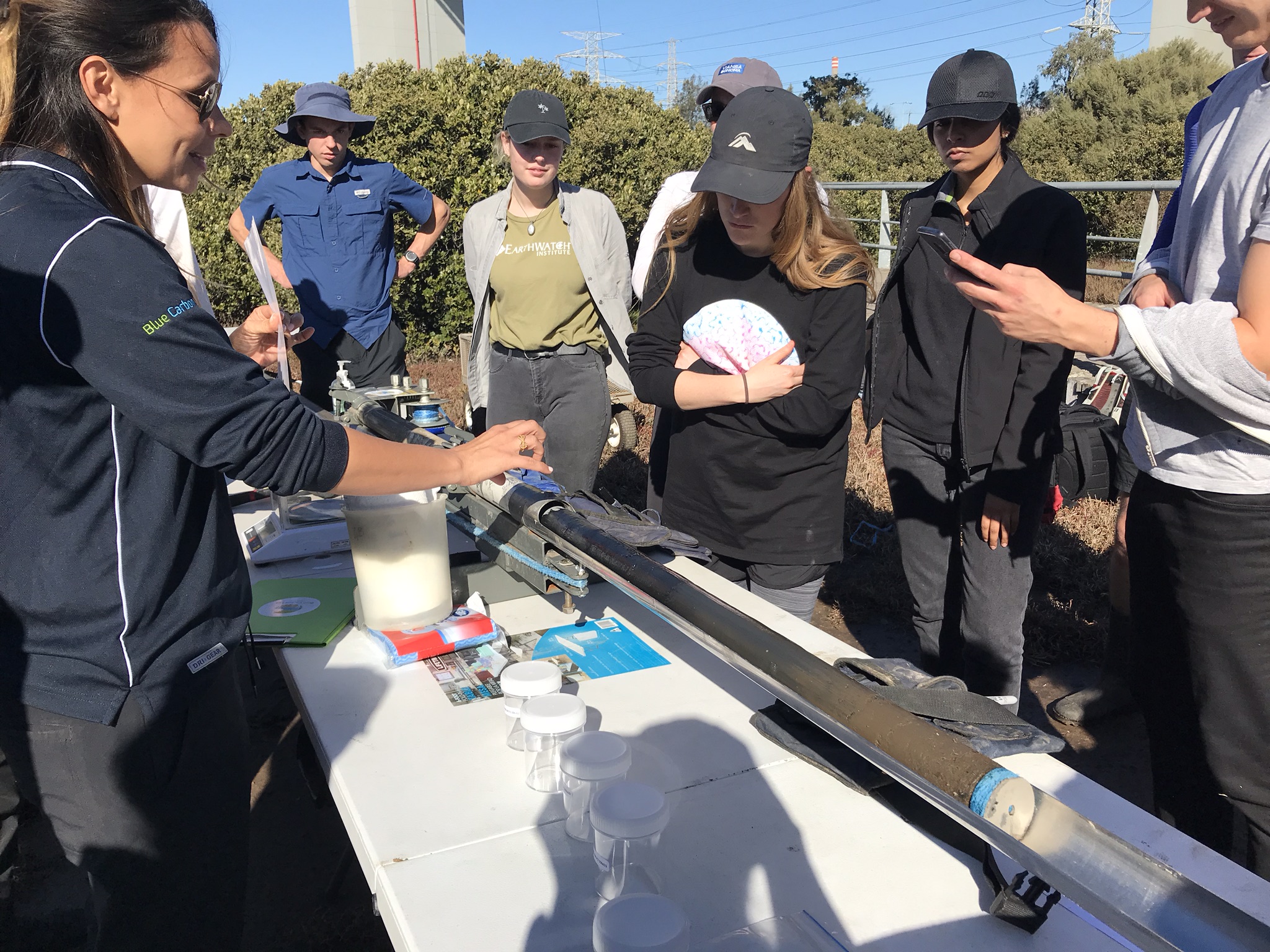 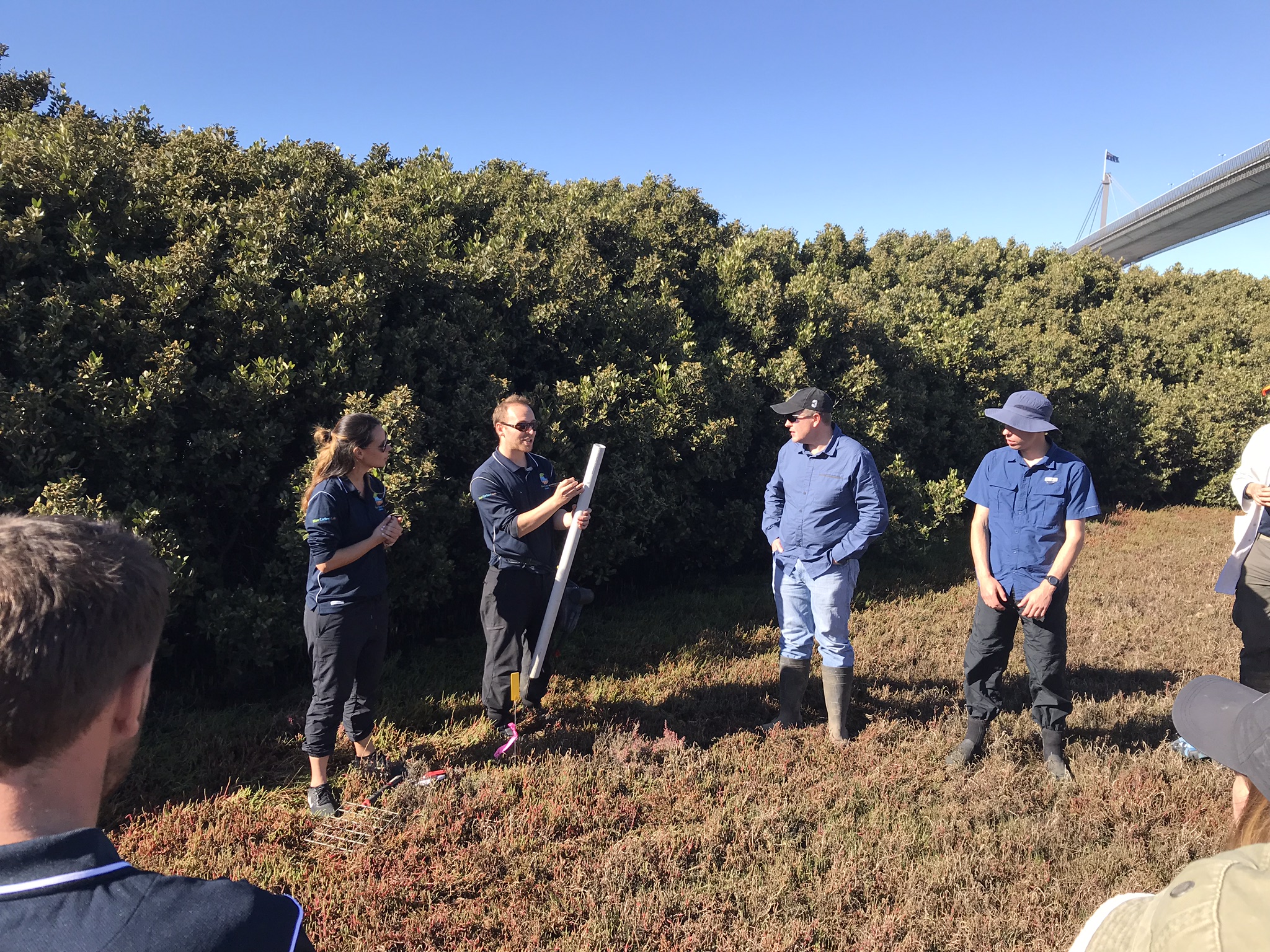 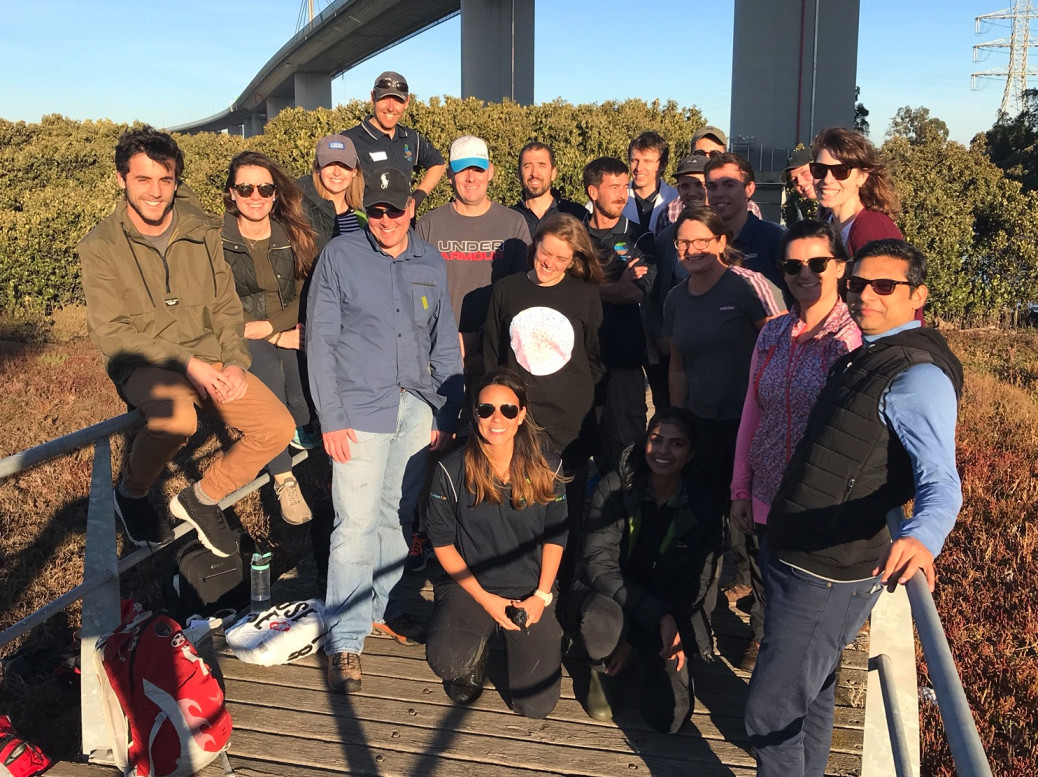