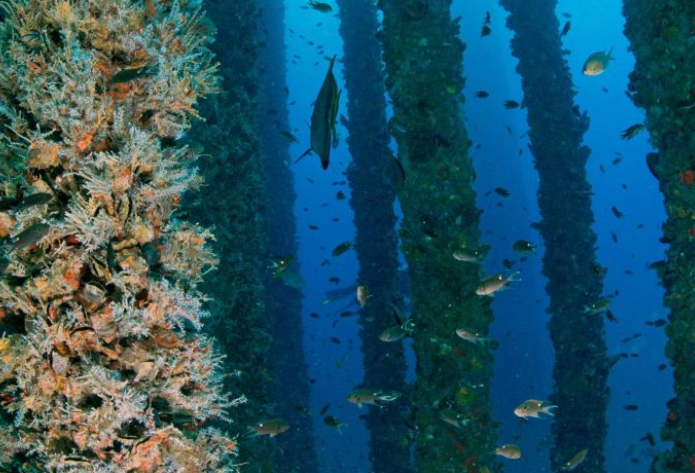 Peter Macreadie, professor at Australia’s Deakin University and chair of the NDRI research initiative, said the industry needs to “open its doors” to marine studies to ensure decom decisions are underpinned “by high-quality and independent science”.

Speaking at the Oil and Gas UK Decommissioning Conference, Professor Macreadie said many oil structures are “hotspots” for the marine environment, comparing them to a “high-rise hotel” at full occupancy.

The pros and cons of leaving oil platforms in place, rather than decommissioning, has been a subject of controversy for the sector, with episodes in the Brent field and elsewhere.

Professor Macreadie said it would be some time before the implications are fully understood.

“Many of the questions that the industry will need to answer could take years to answer.

“There are some great and current research programmes going on at the moment, looking at questions like are oil and gas structures spreading invasives? Could contaminants from these structures be working their way into food chains?

“What is the likelihood if you go down to your fish and chip shop and you’re eating your piece of fish and it’s laced with polonium and you end up with cancer?

“How long will these structures last before they start to degrade? Are we talking decades, centuries, millennia? And when they degrade, what happens to some of the nasties that they store up?”

Professor Macreadie shared extensive ROV footage taken from oil and gas operations, including what BP workers termed a “flying spaghetti monster” when they found it off Angola.

The “monster” was actually a colony of organisms working together for mututal benefit, named”bathyphysa conifera” in the scenitific community – “it’s a bit like a carnivorous jellyfish”, the prof explained.

Other cases include a lumpsucker fish which “fell from the sky and landed on a platform in the North Sea, much to the shock of a couple of workers”, having likely been dropped by a fish. This led to an ROV operation discovering more of these fish on the oil structure under the sea.

He added: “There are so many of these amazing and fascinating stories like this, and I hope there’s many more to come. Engage scientists, engage them early.

“This is a really young field of research and there’s actually only a handful of scientists around the world that are working on these types of questions. We all know each other quite well, we work very collaboratively, so there’s a lot of research to do and I really want to encourage those of you in the industry to open your doors, to engage with scientists.

“We need to ensure that decommissioning decisions are underpinned by high-quality and independent science. The ball is really in your court to make that happen.”