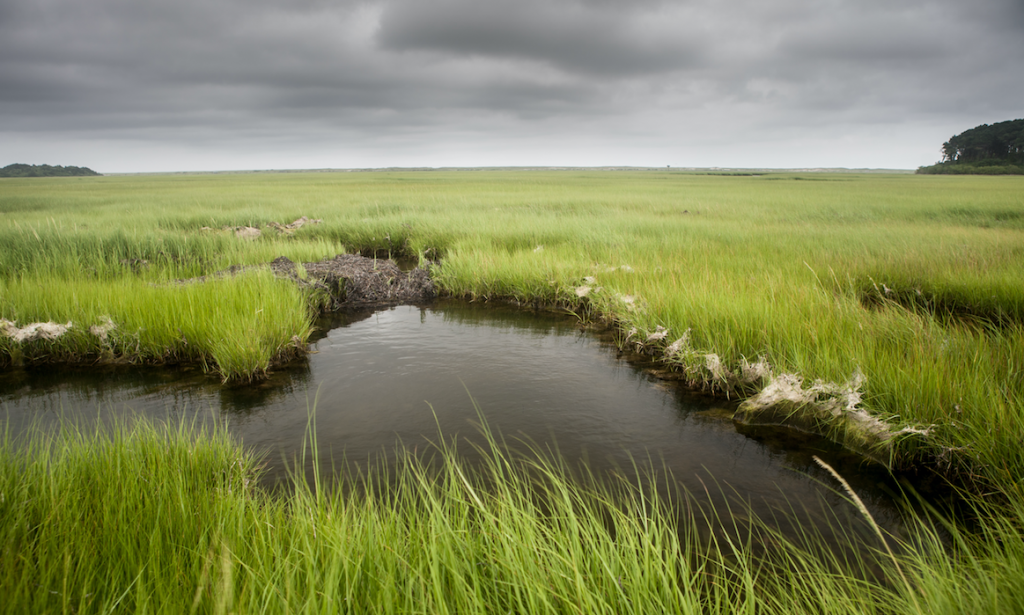 They store and filter fresh water from rivers and catchments, support primary industries and provide habitats for hundreds of species, but did you know wetlands are fighting climate change too?

For centuries, wetlands were considered nothing more than boggy swamps. But scientists at Deakin University’s Blue Carbon Lab – who are at the forefront of global efforts to advance “blue carbon” science – have found that Australia’s wetlands are thriving sites of carbon storage. These ecosystems act as carbon sinks, trapping carbon to effectively reduce atmospheric CO2 concentrations that contribute to climate change.

So wetlands are not only one of the most productive ecosystems in the world. They are among the best nature-based solutions to mitigate climate change.

“Wetlands have a natural capacity to buffer communities against the adverse effects of climate change and can increase climate resilience,” Dr Paul Carnell, from the Blue Carbon Lab, explained.

Until recently, investigations of the capacity of wetlands to store carbon have focussed on coastal, or “blue carbon”, wetlands. But in fact, recent estimates identify freshwater swamps, marshes, and peatlands as major stores of terrestrial carbon.

“While a lot is known about how trees suck up and store carbon, freshwater wetlands are actually capable of storing in their soils 30 to 40 times more carbon than forests,” Dr Carnell said. “Freshwater wetlands contain almost a third of the terrestrial soil carbon pool, despite only occupying eight percent of the land surface, which is pretty amazing.

“In Victoria alone, freshwater wetlands lock away substantial amounts of carbon – estimated at three million tonnes of CO2 equivalents per year! This is the equivalent to annual emissions produced by over 185,000 people, or roughly three percent of the state’s population.”

Dr Carnell emphasized the uniqueness of the project: “While we know that wetland restoration can enhance ecosystem services such as biodiversity, this project focussed on quantifying the gains from carbon capture,” he said.

The research found that the rehabilitation of freshwater wetlands through works such as fencing and revegetation can result in a significant increase in carbon storage over time. Soil carbon stocks from the top layers tend to improve regardless of the history and environmental characteristics of the wetland (such as previous land-use, soil type, frequency of inundation, and elevation). This means that wetland rehabilitation is highly beneficial and can improve the ability of a site to capture and store carbon.

Jo and Peter Rayner, a farming family in Walla Walla, New South Wales, own a 12-hectare wetland that gained new life, thanks to the project.

“The preliminary estimates from this particular wetland show that rehabilitation has led to an offset of 2.6 tonnes of CO2-equivalent emissions per hectare, per year,’ Dr Carnell said.

The project has provided promising experimental evidence of the capacity of freshwater wetlands to store carbon, and Dr Carnell hopes it can lead the charge in a national assessment of the carbon storage value of all of Australia’s wetlands.

Wetlands are not currently included in Australia’s national carbon policies because scientists and policymakers have lacked an understanding of their climate contribution.

“Not having this knowledge about the carbon storage capabilities of wetland regions has meant that we’ve been unable to include wetlands in greenhouse gas inventories and carbon offset initiatives,” Dr Carnell explained.

“Until now, important economic, social and environmental values of these wetlands have not been well recognised in the broader community or fully considered in development planning and decision-making. But with the results of this project, we can justify the application of improved management strategies.”

Dr Carnell said it was critical to properly protect and manage the freshwater wetlands we have left. The project shows that working directly with landowners to rehabilitate wetlands can significantly enhance their capacity to capture carbon. And increasing our understanding of how wetlands help regulate greenhouse gas emissions can positively influence climate action nationally.